Q: You took up the post as the Ambassador at the moment of the Thailand chaos in this spring, could you please share with us your experiences and feelings in handling diplomatic issues on that special stage?

A: You were right, I arrived here in late April. Actually, the chaos in Thailand occurred only in a particular spot, Ratchaprasong intersection, to be exact. At that time I did meet a lot of people to explain what had really happened in our country. The first group was the media, including newspaper publishers, news agents. The second group was Chinese officials, such as Ministry of Foreign Affairs, and other ministries I met during that time. The third group was those apart from the first two groups, including diplomats, Ambassadors, Lecturers, Professors in universities and academic institutions. The last group also included people who were interested in Thai politics. It was very beneficial because I found that many of them didn’t have clear picture and information of what had really happened. After meeting with them, they learned about the real situation in Thailand. Not only during the period of political chaos in April and May, but also during the “Reconciliation time” when our Prime Minister imposed the “Five-Point Roadmap” that I had to explain it to the public. During the last six months, my career as Ambassador also encompassed strengthening bilateral relations between two countries in every field—economic, social, and many others. Thailand and China are so close and our relation has been strengthened with the passage of time. During the past 6 months, our Prime Minister visited China for the EXPO, two Deputy Prime Minister, Minister of Foreign Affair, and many Ministers visited China already. For the past 9 months of this year, our trade volume increased more than those of the last whole year. This year, China is our second biggest trading partner, and is our biggest export destination. I’m proud to say that Thailand and China is very close in every aspect.

Q: How did you minimum the negative influence brought by the chaos?

A: To explain with people the fact of what really happened. Most of the time, the international media tried to exaggerate the issue as that makes news. But the chaos occurred in only some particular spots in Bangkok, and Bangkok is only a province in Thailand. So I would explain to them what really happened, how the government tried to correct the situation to solve the problem, how the government tried to reconcile with all parties to reach the top goal—“Peace and Development”. In Thailand, we know that what happened is just a part of process to Democratization. This is the belief we all share.

Q: As we know, the tourism in Thailand is on a well recovery. However, what
further will the government do to fix up losses it suffered from early times in tourism, any new policies being carried on?

A: We did a lot on that issue. I would like to especially put credit on what Tourism Authority of Thailand has done because they work very hard on marketing and promotion. We do not have any of those seven wonders, but we do have natural charm and unique features which can be used to promote our country. The relevant authority has actualized the activities such as “road show” program. They went to many countries, including China to promote Thailand. At the moment the promotion program includes the exemption of visa fee which will last until March 2011. Also, we put a lot of efforts in making our country clean and in facilitating tourists from all over the world.

Q: While Bangkok is one of the most popular destinations for the tourists in the world, what different pleasure you have found in Beijing?

A: I would use two words to describe Beijing; one is “Da” (大), another is Piaoliang （漂亮）. Beijing is a huge city with many beautiful sights and its own character. There are skyscrapers scattered around the city, at the same time, the Forbidden City is standing gracefully in the center of Beijing. Many other tourist sights such as Temple of Heaven, Summer Palace, Great Wall, Hutong (Old Beijing-styled Alley) play their roles to show the beauty of Beijing too. It reminds me of Bangkok somehow as we also have many high-rises here and there in the city, so do the temples and ancient architectures. But two cities are different in many ways which I would love to explore more of it when I have time.

Q: What sight in Beijing attracts you the most?

A: I would say all of them. Recently, I just went to the Summit Wing of China World Hotel which is wonderful. And as I mentioned, all historical sights in Beijing are charming in its own way.

Q: What do you find the most attractive in Beijing? History? Natural sight?
Construction? People? Custom?

A: For me, nature would come first. But not only that, China has a long history of
5000 years which I enjoy to study it. I found that natural sceneries of China have usually come
with its history.

Q: You disclosed the possible cooperation with Chinese government and Thai government may develop in building the high speed railway in Thailand, what is the tendency now?

A: I would say it has a very bright prospect. This project has been going on for a few years. Lately, our Deputy Prime Minister responsible for the transportation, Our Minister of Transportation and relevant officials came to China. Chinese sides also went to Thailand to discuss about the location. They all agreed that we should have the rail system between Thailand and China. So far, the Thai parliament already agreed in principle for the negotiation framework with the Chinese side.

Q: China and Thailand have shared cooperation in many industries especially since 2007; will more new measures come out by the end of this year to stimulate further cooperation?

A: Actually our cooperation has started prior to that period. We really enjoy the close cooperation and business between Thailand and China. At the moment, there are 124 Thai companies in China. After China’s economy is more open to foreigners three decades ago, the Thai company was the first company that completed the registration process for doing business in China. We are so proud to be number one. Chinese companies also invest a lot in Thailand. For these years, projects with investment volume of more than 300 millions USD have been proposed to Thailand by the Chinese side, mainly in automobile sector, energy sector, and others. We will continue to conduct business, investment and trade in two-way manners. If there is anything I can do to promote the cooperation between two countries, I will do it immediately.

Q: We sometimes see the news of you playing Golf, why this activity attracts you so much? Are there more your personal favorite sports or the way you would like for social intercourse?

A: I had been a football player before I hurt my knee during a football match. Then, when I got older, my knee becomes an obstacle. That prevented me from playing hard-and-far sport. I can’t play tennis, badminton, or even jogging. The furthest action I can do is walking fast. Golf seems to be the best answer for my physical condition. I can enjoy walking with golf partners, enjoy the oxygen from the trees surrounding me. Furthermore, this sport provides me with more opportunity for social intercourse. I enjoy talking with friends with a relaxing atmosphere. This is nice, isn’t it?
Q: Do you regard next few years of your life in China pressured or enjoyable?
A: I didn’t foresee that I will have pressure in China, so I would say it will be more enjoyable than pressured. I am never tired of working. I enjoy working. My work include seeing more of China, I would love to do that not only in my working time, but also in my leisure time. 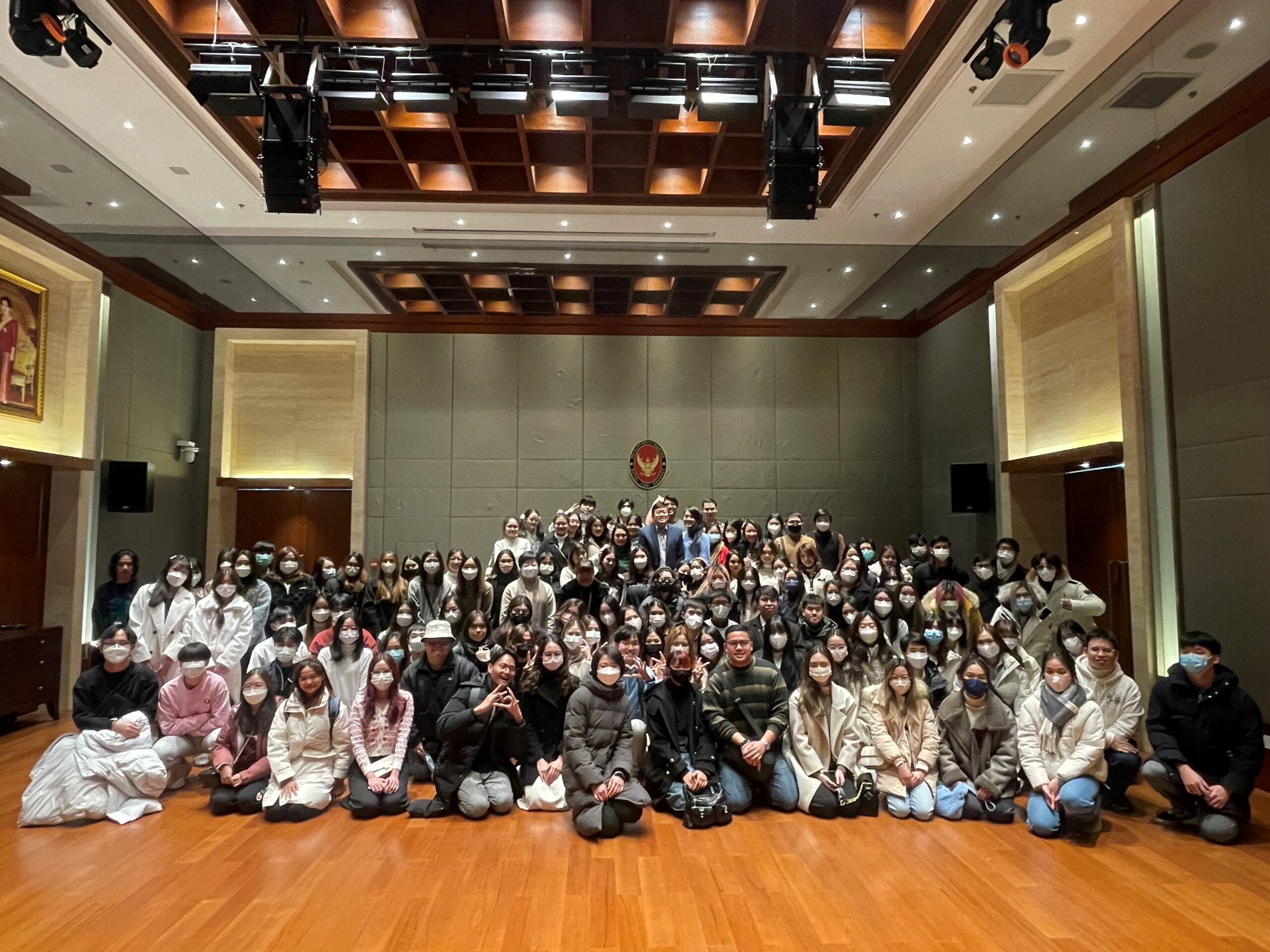 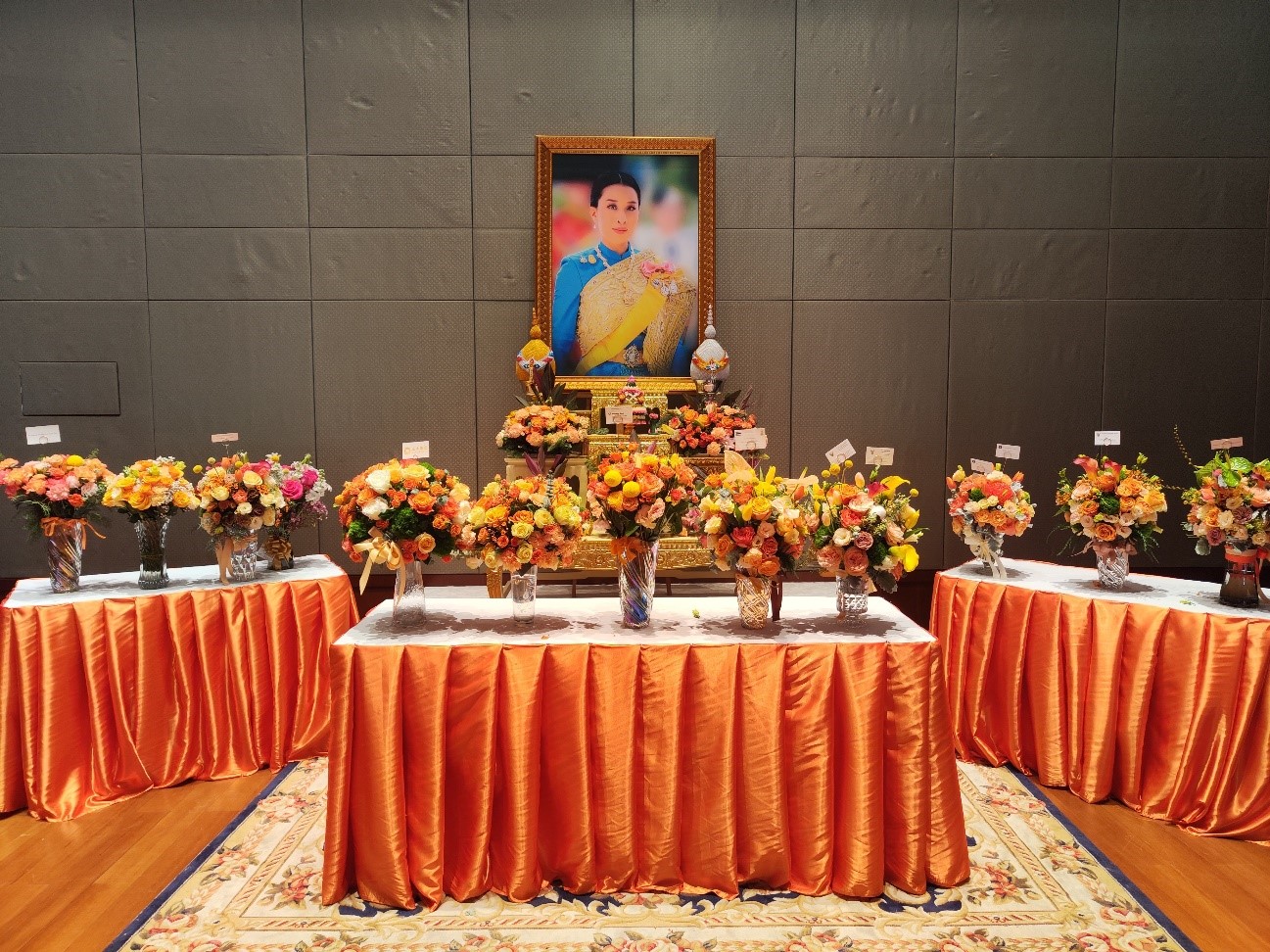 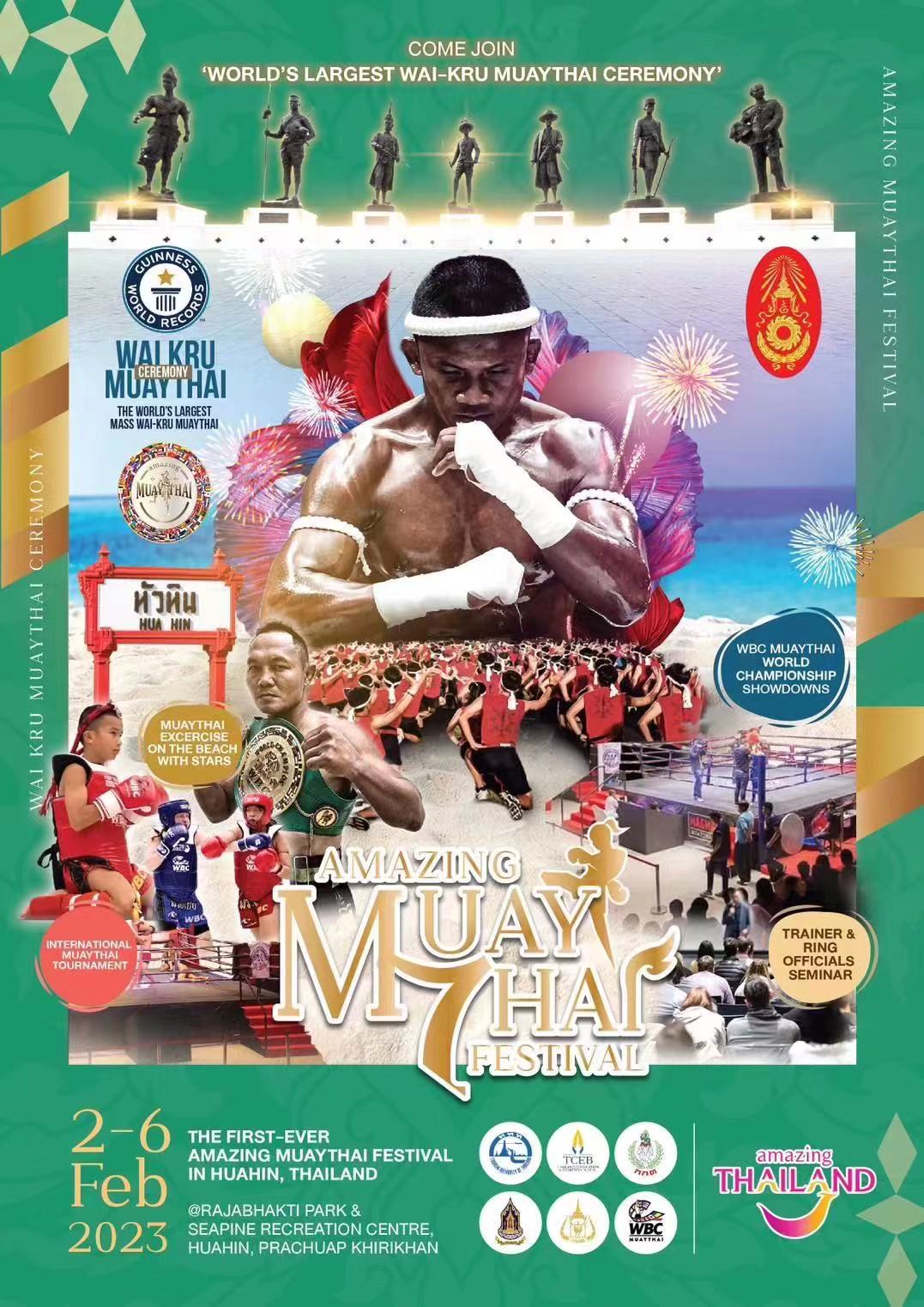 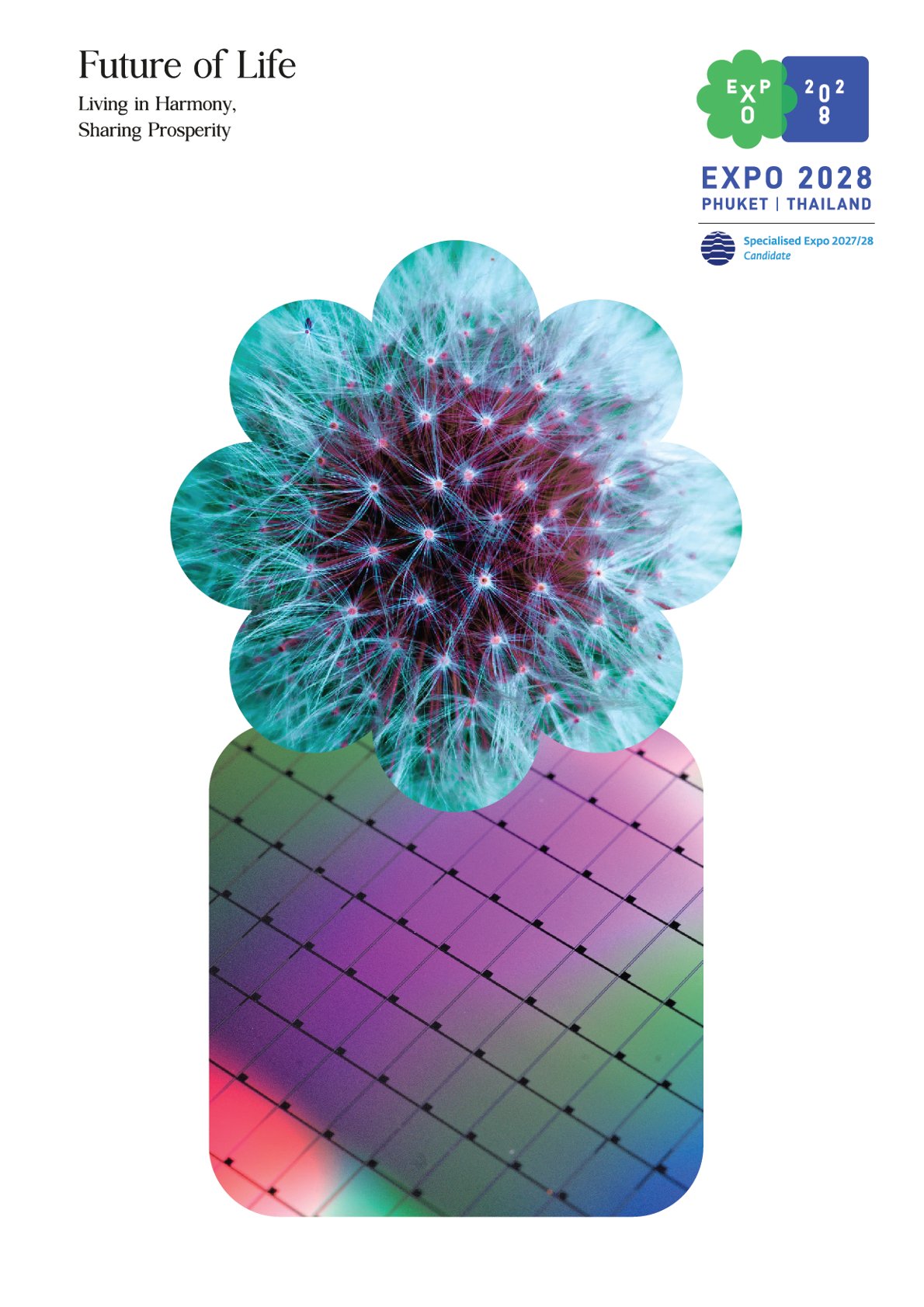 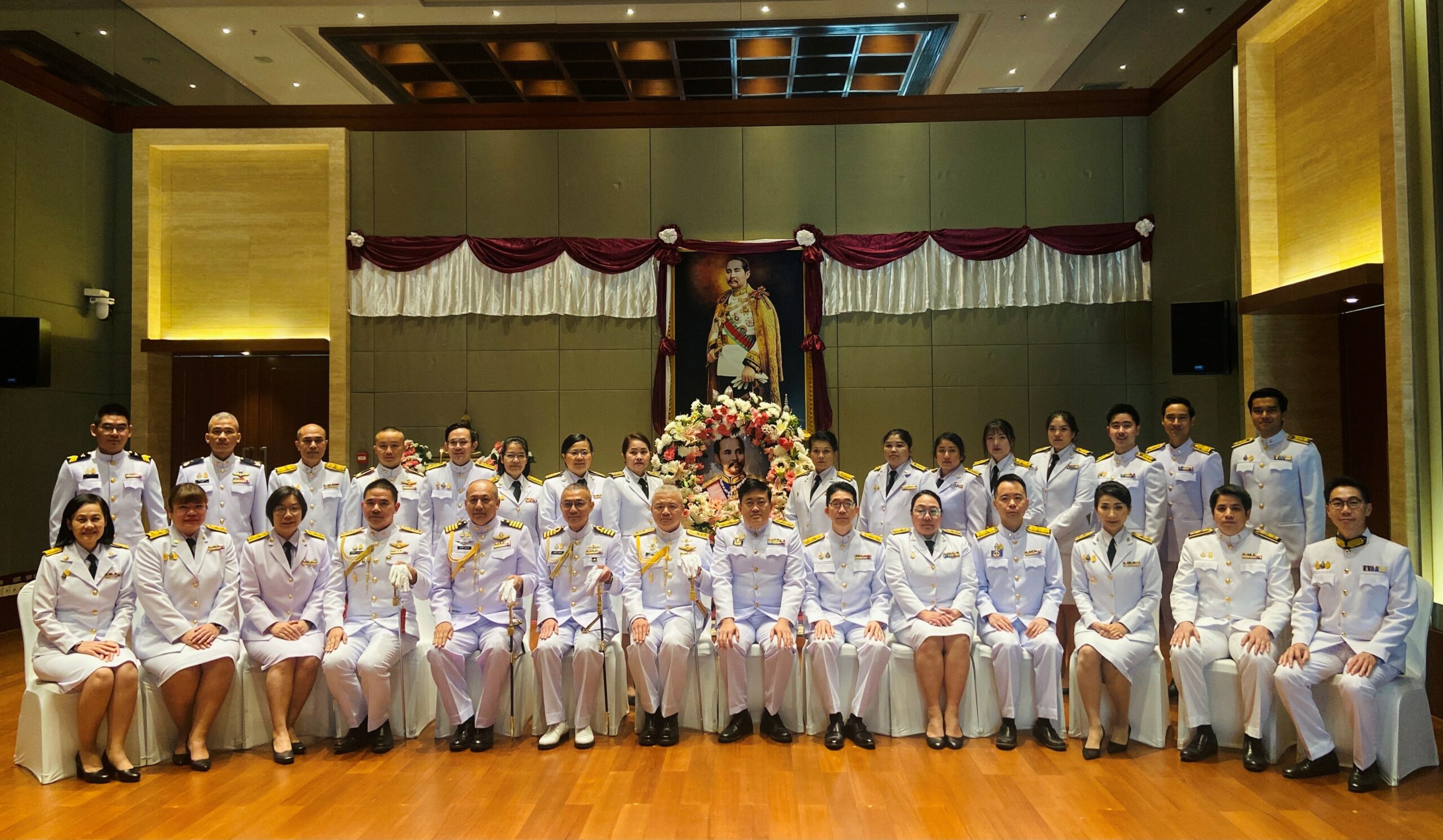